What do our CEO's do? 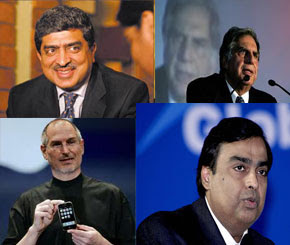 CEO is the public face of an organization. He holds the most important position.The designation of CEO brings power, money and the opportunity to lead an empire. He is responsible for the success and failure of the company. He heads operations, marketing, finance, creation of company culture, human resource, hiring, firing, compliance with safety regulations and PR. He builds the very foundation, strategy and vision for the company.

But have any one of you wondered how the CEO’s allocate their time? How the allocation of their time in different activities affects the company’s performance?

A survey was conducted where about 94 CEO’s of major corporations became ready to be scrutinized for every activity done by them in a day. In this survey the personal assistant of the CEO’s were instructed to note down all the activities that they go through. This included everything, from with the amount of time invested in attending meetings, reviewing a marketing campaign to chilling out with clients in the golf course.

In order to capture the essence of CEO’s work, insider and outsider classification was made clear. Insiders involved employees dealing in functional area like finance, marketing or human resource, and outsider’s involved external people of the firm like distributers, suppliers and investors.

Only the CEO has the monopoly to make decisions as to how much of time is to be devoted to a number of possible work related activities or leisure. It is interesting to see how CEO’s allocate time between different activities. The productivity of the firm is best yield when the interest of the firm and the CEO’s is aligned. And in such circumstances time allocation depends entirely on the firm’s objective. However when the interest of the firm and CEO is not aligned time allocation is determined by both firm’s objective and CEO’s. Time allocation reflects partial differences in the quality of governance that determines the alignment of CEO’s interest with the firm’s.

Insider outsider allocation is co-related with the firm’s performance. And time spent with insider’s shows positive impact with several measures of firm performance. However outsiders are not.

An average CEO works 47.7 hours in 5 day week. Out of which 36.8 hours; 80 percent work is spent in activities that last only 15 minutes or longer.

A CEO’s 80 percent of time is spent with other people. Meeting takes up 60 working hours. Phone calls, conference calls and public events take 25 percent. And an average CEO spent 15 percent of his time alone.

The way the time is differentiated between different categories of people is amazing. This includes only insiders and outsiders. The information gathered revealed that insiders are present almost most of the time. A CEO spends a good amount of time with outsiders alone. The time spent with insiders differs with their functional area also. Finance gets the top priority with 8.6 hours and human resource is 5.5 hours. And in case of outsider’s consultants grabs the top role with 4.7 hours and suppliers 1.3 hours. A 70 percent of CEO spends at least 15 minutes of their week with top five departments of insiders.

Hence a CEO who spends longer hours in work devotes more time to insiders and less time with outsiders is bound to witness higher growth.Aligned interest of the CEO with the firm and more time allocation to insiders is the ultimate way to achieve productivity.