Sunday the 1st Aug, 2010, all the 43 aspirants for the ISME PGPM descended on the ISME Nerul premises. While all the students were by the ambiance in and around the campus, some showed a tinge of anxiety, some others a hint of excitement and still others were sober but thoughtful about the registration process which included of the certificates and of hostel rooms and the room partners.

The 1st day of the orientation began with the familiarizing of the student to the rules and regulations which were to regulate their life at ISME. During the elaboration three points were emphasized.

ISME will provide all the support for development and mould students to be self- dependent. 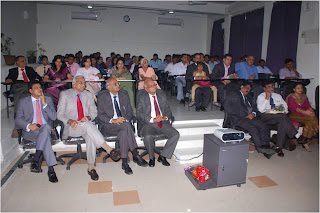 Next was formal inauguration with the lighting of the lamp symbolizing delight of wisdom and enlighten through knowledge. Knowledge it is said in company when alone; it is ornaments in company of friends and armory when surrounded by enemies; Knowledge illuminates the path to growth and glory.

Then followed the presentations by dignitaries which included Dr.Girdhar Gyani Sectary General – Quality Council of India, Chairman of the board of ISME Mr. Garg and Director Mr. Nitin Garg. There were other industry leaders who shared their experience based on wisdom and precious pathos and rubies of imagination on the virtues of knowledge. This was followed by the nitty-gritty of the program in terms of curriculum details and the value orientation to management profession. Everyone who attended the orientation program was obviously excited. They were so heavily impacted by the contents that everyone got charged to do something to support the program. 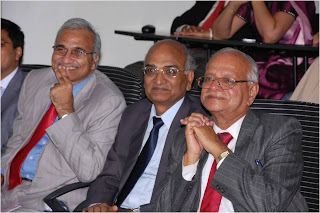 During the first week of orientation, Prof. Vivek Garg invited Prof. Abhijeet Gangoupadhyay(Head of OBHR XLRI) who shared how paradigms are formed which is so very necessary for professional development. The orientation week ended with a fun trip for the students.

In the following weeks, as part of the leadership series, Prof.Suman invited Mr.Swapnil Joshi Director H.R Supermax who shared his views on changed the pace of change, the nature of change and the management of change.

Prof Jharna invited Vijay Gargava who came and shared his experiences on building an importance of physical infrastructure. 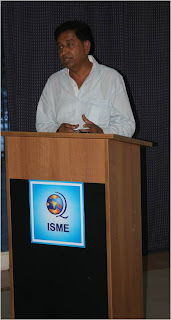