Social Media Marketing and its Future: An Opinion

– Dr.
S. Shyam Prasad
Introduction
Very recently,
Rajdeep Sardesai, one of India’s well-known television journalists, disabled
his Twitter account. He cited “concerted campaign of lies and abuse on a daily
basis” being the reason for his action. This raises the question about the
nature of the social media. Is it a good thing or a bad thing? This may not be
the first time we are confronted with this question. Well, the answer is that
it has two sides to it – the good side and the bad side. It depends on which
side one uses. It is true that some people applaud it while some others criticize
it for its negative impact on the society on the whole and the young in
particular. Let us examine the facts. 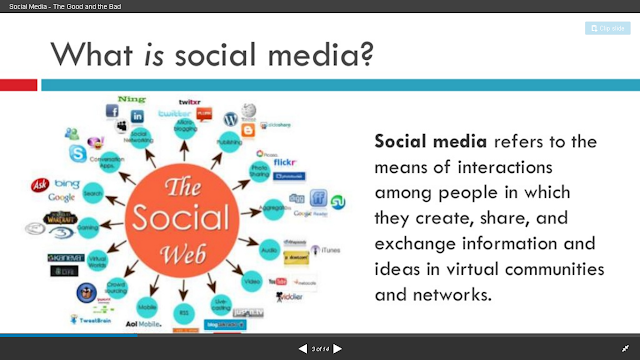 Social Media: The Good
Side
Facebook, Twitter,
Instagram and other social media sites have revolutionized the way people
interact. By just opening a website, we can communicate with many at one go. It
has created platforms to convey our thoughts and feeling on different topics to
the world. It has helped even the shy and taciturn to express their opinions. It
gives opportunity to create groups of likeminded people to share relevant
information.
The social media has helped many to connect with
the new people. It has also helped many to find their long lost friends on the
net. The social network helps to build better relationships with dear and near
ones with whom it may not be possible to meet frequently. Some even argue that
social media increases the social interaction of children while they adapt to
new technology.
Social media has become one of the important
tools in business. No business can afford to ignore social media if it wants to
be successful at a higher level. Businesses are aware of its power and
potential and almost all of them have geared to meet the requirements. It has
helped both the businesses as well as the consumers in sorting out their
problems too.
Social
Media: The Bad Side
A major drawback of
the social media is its potential for addiction – the constant checking of
Facebook, Twitter, or other social media updates. Many studies have shown that
– both the young and the old – are capable of addiction. They are either
tempted to post something or check for updates. This may cause disturbance in
their workplace or their family life. A study by Nucleus Research finds that
Facebook takes away 1.5% off office productivity while another research by Morse
found that British companies lost 2.2 billion a year to the social phenomenon.
Another major risk of the usage of social media
is – paradoxically – is isolation. Over dependence or over usage of social
media may lead to a reduced level of human interaction. The social media has
given a scope for people to hide behind their online identities.
Rawhide, a nonprofit organization, examined
social media users’ obsession with selfies and narcissistic tendencies, and its
findings included that more people died from taking selfies in 2015 than from
shark attacks. Recently an Indian teenager accidently shot himself in the head
with his father’s gun while trying to take a “selfie” photograph.
Baroness
Susan Greenfield, a top neuroscientist of the Oxford
University warns about the lifelong effects of too much social networking.
The
Social Media
In 1971, a team of
researchers led by psychology professor Philip Zimbardo using college
students conducted an experiment at Stanford University. The experiment is
known as Stanford Prison Experiment. 24 students for this experiment were
selected painstakingly without any bias whom they deemed to be the
most psychologically stable and healthy. Half of them were assigned the
role of prison guards and the other half were made the prisoners. All of them
agreed to play their roles with the right to leave the experiment at any time
one wanted without any questions being asked. The experiment was to go on for
two weeks. Professor Zimbardo took on the role of the superintendent. Within 36
hours, the guards had internalized their roles to the extent that they became
abusive – both psychologically and physically. The conditions of the prison
become so bad that the experiment was completely stopped on the sixth day, well
ahead of its planned duration. Professor Philip Zimbardo, attributed the sudden
outbreak of sadism on the “power of situations”. The results of the experiment
favor situational attribution of behavior rather
than dispositional attribution. Simply put, the experiment indicated that
the situation surrounding a person, rather than his
individual personalities, caused the participants’ behavior.
The abuse of social media can be explained or
understood by means of the above experiment. The power to post anything on the
social media, Twitter particularly, using anonymous handles, gives enormous
power to the people. There have been many examples, besides Rajdeep Sardesai,
on how social media can turn normal human beings in to ugly monsters.
Unfortunately, Twitter has ignored the instances of abuse. This does not augur
well for the social media. Uncontrolled misuse of social media would surely
bring down the respect the social media commands.
On the other hand, other experts say that it is
far easier to do something remarkable and noticeable, and have it reach people across
the planet, than it has been at any time in our history (Landry, 2014). Social networks
enable businesses across the world to reach globally. It has provided level
playing field to both the small and the big.
Conclusion
Social media has come
to stay. As with any communication medium, it comes with its pros and cons. The
answer to the question whether social media is good or bad, it stands somewhere
between the two. It all depends how it is used. The bottom line is that it is a
powerful tool and no business can ignore it. It has to be used wisely.