The Multi National Corporation as an Interorganisational Network

Shurlly Tiwari –Faculty HR
This is an attempt to critique the Scholarly article by Sumatra Ghoshal (INSEAD ) and Christopher A. Bartlett (Harvard University) , source is The Academy of Management review  . Vol. 15 no. 4 (Oct 1990).

OBJECTIVE OF THE PAPER

•      To propose a framework that conceptualizes the multinational as a network of exchange relationships among different organisational units, including headquarters and different national subsidiaries that are collectively embedded in Homans.

•      External network consists of customers, suppliers, regulators and competitors with which the different units must interact.

PROPOSAL OF THE PAPER

•      Different attributes of a multinational such as the configuration of organisational resources and the nature of inter unit exchange relations that lead to such a configuration
•      This can be explained by selected attributes of the external network within which it is embedded and on which it depends on its survival.
•      Proposed NETWORK THEORY OF THE MNC.

FACTORS WHICH EFFECT THE THEORY

There were several factors which were responsible for the evolution of the theory that asserts institutional environment as an important factor which plays an important role in influencing the structure and behaviour of Organisations.
uniqueness of MNC arises from its different constituent Units, in diverse national environment, where their structures are very different.
Different national industry systems and the interconnections among them are central to both economic and administrative coordination.
It’s been realised and identified that the linkage between ownership and hierarchical power in complex organisations is much weaker than is often assumed. And this is because of large physical and cultural differences between owned units.
Linkages with the key local actors (government, R& D, suppliers etc.) plays an important role.
Contextual Differences of interorganisat
ional Interaction

Multinational Networks refers to all the relationships and linkages that exists between the different units located in different locations of one particular company.
Every linkage has separate relationship with suppliers, vendors, buyers and regulatory authorities.
It competes with the identifiable set of competitors including   western and Japanese companies
Resources play an very important role in the success or failure of any enterprise, In fact in the paper ‘Entrepreneurship, Productive, Reproductive and Destructive “(1990) written by William . J. Baumol, resources play a very important role in the success of any organisation, and in the case of any MNC, the amount of resources allocated to any of the branch and network affects its working.
For eg. In the Coca- Cola its “ Dasana plant”, the machines and resources are shared among all the plants of Coca cola, depending on the need of the plant and demand of the product in that area.
Effects of Densities in National Organisational Sets:

The authors come out with three key points which are responsible for the companie’s for the resource allocation.
•      The density of linkage among key players in a National Industrial context greatly influences industry performance and company strategy.
•      Bowers study shows how Japanese petrochemical companies were able to capitalise on such linkages, not only to build entry barriers in the local market, but also as a means of restructuring and rationalising the industry.
Different kind of linkages within an organisation includes funds, people, information, local regulatory bodies.
Effects of Across densities within the External Networks:
Across density means when the resources are allocated in the network of any organisation from outside the company or from the networks which are geographically located outside the boundary of a country.
There could be two ways to look at this scenario:
•       In the case of low within density and high across density, resource seeking concentration will decline.
•      In case of high within density and high across density, high dispersal and low specialization because of need of matching the structures of local environment.
Another aspect of this paper is about the centrality of power.

Authors want to describe the game of power within MNCs. Since the MNC is a group of networks the question of power and centrality also grows.

Headquarters plays an important role in the Power centralisation and decision makings for the organisations. There are three kinds of Headquarter systems which are been described in this paper are:

1.      When all the branches are directly reporting or related to the main head quarter or the central system.
2.      When the entire network is related to the Head quarter and they interact among themselves also but most of the times the communication is rooted through Headquarters. 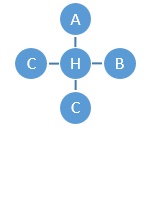 3.      When the entire network is related to the entire network anybody can get connected to any firm at any location, in such system headquarters plays just a connecting role but decisions can be influenced by the subsidiaries. However, under this condition multiple points can emerge within the MNC with the same or similar kind of point of Centrality. 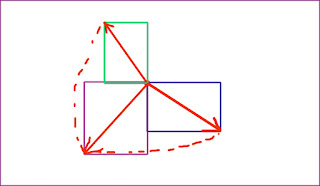 •      The article focuses more on the hierarchal relationship between the headquarters and the national subsidiaries of MNCs, which depend on the actors and their behaviours cannot be predicted.
•      Definitions of constructs such as within and across Densities are too crude because these densities differ for different regions and companies. Hence they can’t be generalised.
•      The authors have considered exchange very broadly; transactions can be of many types like products, information and affects.
•      Density cannot be the key parameter of external network because it is clearly related to the implication of social embeddedness.
Conclusion:
•      For more complete development of theory, it would be desirable to identify a set of parameters that completely define the external network, and then to explore the impact of each of these parameters on selected attributes of MNCs.
•      The authors are not able to connect the centrality or power of Headquarters in the Paper; the paper does not define the relation of power with that of headquarters located.
•      Within – Density and Across density cannot be the only parameters to decide on the resource allocation importance, there are several different factors and areas which needs to be identified.
•      In the beginning the article speaks of competition between the plants, but it is not mentioned clearly in the paper.
The reviewer feels that the paper is a very good attempt for proving the Network Theory However saying that all the MNCs are a network of organisations will not be appropriate because we have not considered all parts of the theory as well. It’s been seen from the perspective of academicians not from the point of view of corporate professionals, who might be dealing with a lot much more complexities than it seems to be.